It's been a while since I wrote something, but as it's the last day of 2016 & New Years Eve, I thought I would look back at how the year was for me. 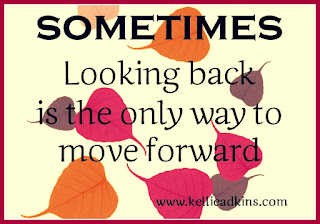 Academic Life:
Firstly let's talk about the thing I seem to do most, as evident by my snap chat stories...Study! Yes that's right during the second and third term of my first year, and starting second year, I spent most of my time  going to lectures and semunars, doing my key readings, writing essays and working on assignments. When at uni I go to my lectures & seminars, take notes & do the work & hang out with friends in between. Second year had a bit of a rocky start with the key readings because the online versions weren't compatable with my reading software. So I had to read it myself which was tiring and time consuming. Thankfully it got sorted in the end. I've also met my personal tutor for this year, talked to my seminar tutors & lecturers outside of the lectures & during first year I went to anime society's weekly screenings and some of Isoc's socials. This term however I haven't interacted with any members of anime soc outside of our group chats.Whilst I know this makes me sound like a hard-working student, I think I need to remind myself to draw the line every now and then. Take the Christmas holidays for instance, I've spent most of it at home finishing my assignments, editing them & having a break every few days watching anime because my friends are using this time to be back home with their friends & family or starting their assignments.

Social Life:
Like I said before I spend a lot of time studying so as you can tell don't do a lot of socialising outside of term time. To put it simply all I do is: go to uni, study, writing book reviews for CEN8, see friends at uni & don't socialise outside of uni because people are busy or have plans or I see my relatives. I see family from time to time & my best friend every now & then. That's it.

Having said that I have done a few sociable things this year, emphasis on few. I've been to see the lights at Covent Garden with my sister and brother in law, and zip lining at Go-Ape with them. I've been to the Victoria and Albert Museum with my best friend and to a Vegan Freak Shake place. I've also been to some talks and film screenings at my university. I feel like I should be doing more than this because everyone says being at University is the best years of your life. I asked a friend of mine who already finished getting her degree and she said, people say that because it's a time to go out your comfort zone and find out what kind of person you are. I think I need to do more of that.

Personal Growth:
On a final note here's how I've developed as a human being throughout 2016. A friend of mine said I'm open-minded, willing to explore ideas and not judgemental in the sense that I have a way of coming to conclusions about otherwise  controversial topics. To pin point a few things in 2016 I think I've found things I enjoy doing and am passionate about like, blogging and should continue doing so. I've also learnt that I'm not as brave as I thought I was when it comes to heights. I think I'm more vocal about being visually impaired, and political issues that have been pretty bad and serious this year. Not to mention embracing my sight-loss as something part of who I am. Plus I'm trying to learn more about my eye condition. On a spiritual note I occasionally watch Islamic videos on YouTube and during events in 2016 that resulted in the loss of a close family member, I felt comfortable and ready to wear the hijab for the first time since wearing it in high school. I should work on learning more about my faith.

In terms of preparing for the real world, the world after university. In 2016 I volunteered at Oxfam for the summer and got experience in shop work at a charity shop. I attended an Inside Story Event run by the publishing company Hatchette UK and learnt more about publishing as a job and I think being an editor is something I'd like to do later on in life, but not after I finish my degree. I've also gained some practice with applying for jobs like volunteer roles for organisations and although I have yet to write a political article myself through reading about political events and studying my degree I've learnt that the writing I want to do as a career is in the social research field.  In addition to this I've applied for some possible volunteering roles in 2017 and am going to continue being a Peer Assisted Learning mentor in the second term, a role that I applied for in the summer to do throughout the first and second term of the academic year alongside my studies. If we look at how my learning life skills in 2016 went, during the summer I made pizza which didn't taste very nice, and I learnt how to make Oreo Ice cream by myself, which tasted really good, as well as some peanut butter and nutella mug cakes in a microwave. I also made some chicken fried rice at some point during the year, which my family liked.  Perhaps I need to try simpler meal dishes, like more pastas, rice and curry recipes and do harder things when I'm more skilled in the kitchen?  In regards to cleaning I know how to clean bathrooms using wipes and shower spray, I've done it a few times this year. Along with sorting out the bins, doing the dishes, changing m bed sheets and I hoovered my bedroom once, from that experience I wonder how my mum moves that heavy object up and down the stairs, all over the house and maybe we should invest in a less heavy one? So I think I'm getting better at preparing for the real world and need to continue doing so in 2017.

As for how I should improve as a person, I think I tend to be anti-social, meaning I probably like being alone more than I should,, something I should change. I also can't stick to plans like diets or exercise, anything outside of academia because i get bored of doing it. In terms of communicating with others, I don't open up to people unless I iniate a conversation or the other person asks me specific questions on what they want to know, as opposed to something generic that could lead to the conversation.Perhaps that way of thinking is why I ask things, that people wouldn't normally ask in social situations which can get awkward? My voice is something I'm told needs improving because I'm too quiet, which means that when I enter the working world people will think I'm shy, when I'm not shy and I'll miss certain opportunities because of that. Lastly I think I'm still too hard on myself, (although I have improved compared to when I was in high school and six form). With certain things I think no matter what I do I think I need to do better, there's more I can/should do, even though I've done my best. Or I think when I do something I should be at a level other people are at. This isn't about wanting everything to be perfect, I'm not aiming for perfection, I'm just aiming to get the task done and think my outcome needs to be better, like how I've seen other people do it. Which can lead me to get frustrated with myself and emotional in situations where there is no need for water works whatsoever. I also need to work on getting to things on time and believe people when they say I'm an amazing person, not reply "I don't think there's anything special about me to be honest".

Conclusion:
All in all I spent most of 2016 studying and need to work on having a social life and continue growing as a person. What are your plans for 2017?  I hope you all enjoy your New Years celebrations, i'm spending mine at home watching the fireworks on TV with a cold.